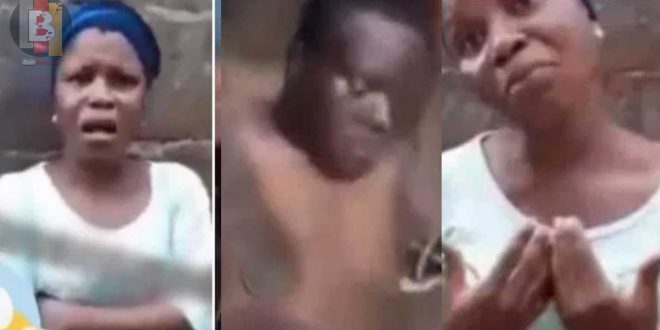 A married woman has landed herself in trouble after extending help in the form of s3x to another married man whom she visited.

According to a video sighted, the married man collapsed after multiple rounds of s3x with the woman so help had to be called. The woman denied any allegations at her to be having something to do with what happened.

She went forth to begged eyewitnesses to allow her to go back home and take care of her kids since she had nothing to do with the man’s collapse aside giving him good s3x.