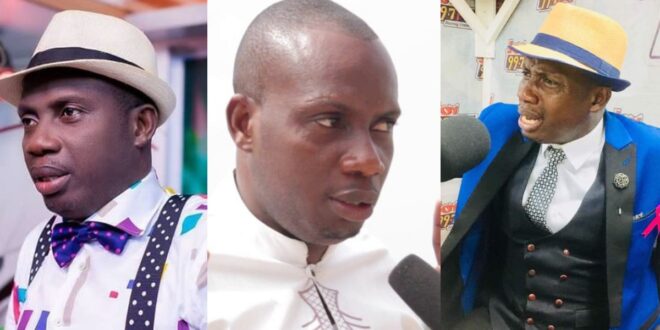 George Lutterodt, a marriage and relationship counsellor, has offered some suggestions to men on how to choose the ladies with whom they will settle.

Counsellor Lutterodt believes it is inappropriate for a guy to settle with a woman simply because she supported him while he was down.

He stated that a woman’s assistance should not be sufficient justification to marry her.

Counselor Lutterodt stated on one of his Instagram live sessions that men should not compensate women with marriage when they help them.

“Madam, listen to me if you’re assisting a man in starting a business and he’s overjoyed. And he keeps saying that the company wouldn’t expand if it weren’t for you, and that I don’t know what I can do for you so that God can pardon my crimes. All I need to do now is marry you and everything will be over. You will suffer if you help a man and he marries you, Princess. Allow a man to marry you of his own volition. Allow him to marry you because he knows deep down in his heart that you deserve to be a wife,” said Counsellor Lutterodt.

Married women and mistresses, according to Counsellor Lutterodt, are treated differently. He counseled ladies to be aware of this and to live in peace.

“Let us learn that being a baby mama has a rule. Follow the rule. I keep saying that when a woman legitimately and lawfully decides to have a child with a man whiles you are not married, I am not against you, but you need to understand the protocols that are involved in taking seed for a man that is not married to you. Because there are things that must happen to married women with children. And some things must happen to women who are just baby mamas.” He added.