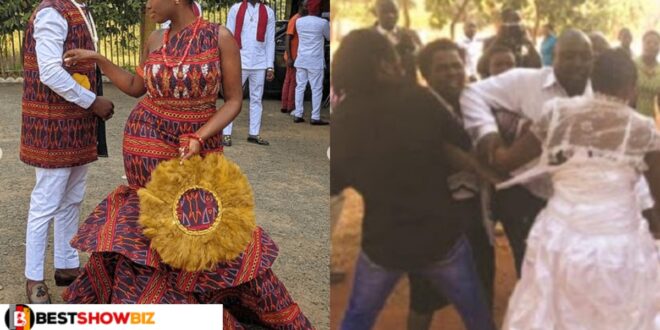 A marriage introduction between two people who were madly in love with each other went badly when the religious buffoonery reared its ugly head and ruined the event for everyone involved.

According to a post shared on Twitter by a user known as @Kene Nnewi, a friend’s marriage introduction was put off because the bride’s father requested that the groom convert to Roman Catholicism first.

Kene said that his friend is an Anglican, but that he fell in love with his girlfriend, who is a Catholic, and that they were engaged.

In the presence of his friends, he went to see the girl’s father for the marriage introduction only to have the girl’s father reject him, stating that he is not a Catholic and that his daughter must not marry outside of the Roman Catholic faith for religious reasons.

“We went to oraukwu today for marriage introduction… The girls father said NO to my guy… Saying an Anglican can’t marry his daughter except my guy is ready to convert to Catholic.