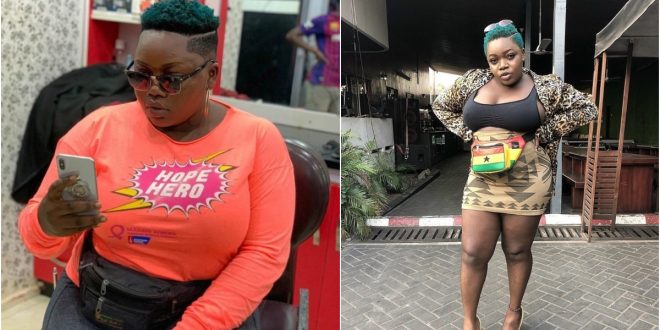 Manager of Queen Haizel opens up on her demise

During the late hours of Yesterday, June 16, 2020, a piece of sad news about the sudden death of the upcoming songstress Queen Haizel was reported by our team. Ghanaians were shocked upon her death as she has added to a number of celebrity deaths that have occurred only in the first six mounts of this year

During the time of our report and up till now, the cause of her death still remains a mystery and others are also debating on the news of her death as there has not been an official report to confirm her death or to refute claims.

Well, there is a 50-50 chance she may be alive as revealed by her managements. according to her managements, the musician left home two days ago and hasn’t returned.

They added that it’s either she’s doing this for attention or hiding in a man’s room and servicing him, that’s if she isn’t dead as reports claim.

they added that they had a chat with Queen Haizel the previous night, so as it stands, they cannot confirm as to whether his artiste is dead or not.