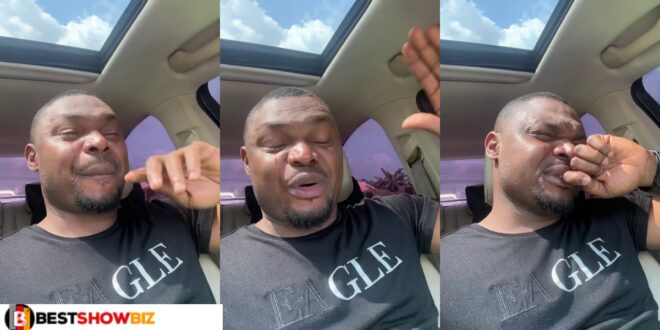 A man has cried as he commemorates his fifth anniversary of being free after being imprisoned for a crime he did not commit.

Harrison Gwamnishu, who goes by the name Harrison, took to Instagram to share a video of himself crying, saying his accuser was unable to come forward to prove their case.

He emphasized in his explanation that he was wrongfully accused because he did not commit the crime that was used to slap his face.

The judge, he claims, requested his case file, and when he asked the accusers to come forward to prove their case, they refused, so she discharged him after going over the file.

Following his discharge, Harrison stated that the warden no longer had any authority over him and that he was able to walk out of the dock as a free man.