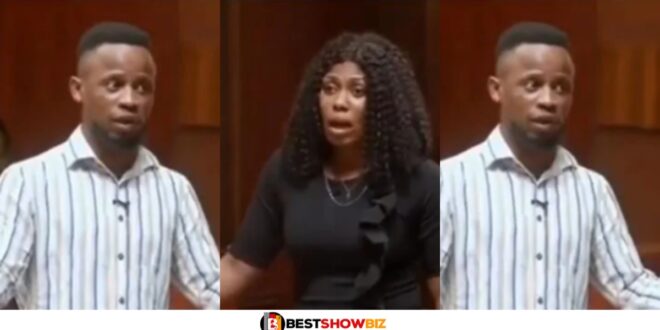 Man sues his ex-girlfriend, asks court to force her to pay rent for all the time they lived together

A Nigerian man has sued his ex-girlfriend to make her keep paying her share of the rent for the house she lived in for years.

But she stopped paying because she found and moved into a house of her own without telling anyone.

In the civil case that was brought before Justice Olusola Williams of Judging Matters, anchor and lawyer Ebuka Obi-Uchendu helped the person who had been wronged tell his side of the story.

The defendant, on the other hand, said that there was never a contract like that, and she pointed out that he had asked her to live in his house for free. The man said that the deal was made between them verbally.

watch the video to know more

Read Also  Man cries after mallam tells him he can't enjoy the money he sacrificed his D!ck for.
Share