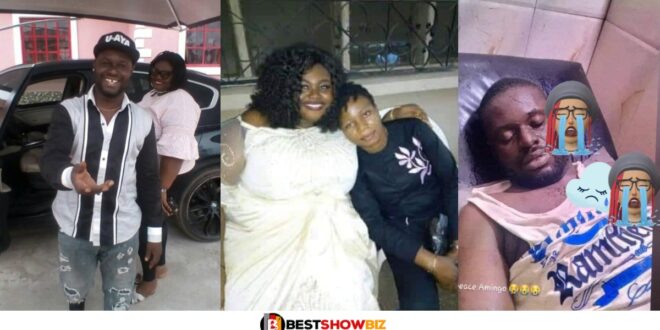 Ikechukwu Onuma, also known as Ayaaya Onye-Obodo, was fatally stabbed in Onitsha, Anambra State, allegedly by the lover of his wife.

The event is said to have taken place in Inland Town, Onitsha, on the evening of Monday, August 8th, 2022, according to the reports.

It was learned that Ikechukwu unexpectedly got home and discovered that his wife, Nkemdili, was having sex with her lesbian girlfriend, Ebele Onochie.

At the time that this report was filed, the specifics of the event were still unclear.

According to the reports, the suspect used a knife to end Ikechukwu’s life in an effort to silence him.

Read Also  "I love you"- Lesb!an husband tells her wife after finding out she is pregnant

The man’s loved ones have taken to social media to express their condolences by sharing photos of him in his final moments.

See the photos below