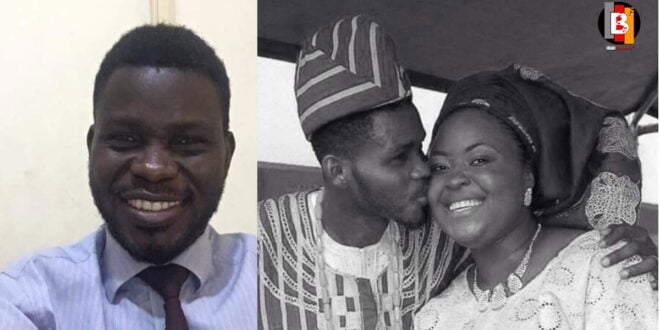 A Nigerian man has shared his story on how he sacked his own mother from his marital home for disrespecting his wife.

the man in a long post spoke about marital issues saying one should keep their parents most of all mothers out of their marriage.

well, below is his full story;

“Yea! First-person you should keep out of your marriage is your mother.

When my wife gave birth. My mother came over to ogbomoso. She was to spend some time with us.

After few days, she saw that I was the one cooking. And she asked at a time if it was okay for me to go cook. I answered of course.

And subsequently, each and everytime she needs something to be cooked for her, she would call my wife. I would respond and tell her I will get it done, and so I would do.

All the while, I never knew she was displeased.

I returned home one of the evenings, I was a Corper then. And I met my wife crying.

I asked what happened. She said nothing. I asked her again and again. She kept saying nothing. I asked if anything was wrong with the baby. She said no. The baby was sleeping beside her. I became confused. It resorted that i started begging her to speak. Then she told me my mother had just finished speaking to her. She had told her only a shameless woman would allow her husband cook. I never heard the rest. She tried pulling me back but I was so infuriated.

I called my mom. I told her she leaves first thing the following morning. She was shocked to her bone. She already knew my wife told me what she had said to her. She said my wife is lazy. I said I love it that way. I put a call through to my Dad. I explained to him what had happened. He called her to leave. Then he called my wife too.

Mom didn’t wait for the next day. She left that same day. I told her to pass the night but she didn’t say anything again. She left.

After that night, I didn’t see her, didn’t hear her voice for almost 2 years. I would call, she won’t pick.

So one day, I traveled down and showed up in her place with so many lovelies. I never mentioned what happened, I just greeted her lying flat. My siblings were there. Nothing was said about the past as we make up.

Following, I took my wife and Desire to her. She couldn’t refused them. While I was away for some time, she told my wife. Femi, is so different. (Femi is the name she calls me.) I still don’t know why she said that.

Read Also  You're over 40, get yourself a man and stop posting rubbish - Fans tells Gloria Sarfo

And every of my family members give my wife same respect as they give to me. No way to penetrate into my marriage.

Mom came to stay with us August this year and my wife gave her a delicious meal to eat just once. I cooked every other day. And she would say all the time, her’s is tastier than mine. We would laugh over it.

But the fact is, The point have been made. And the massage passed.

It’s a “No” to Mother or Father who try making decisions for us in our marriage.

This is for both genders.
Either of the two whose parents wants to interfere in the home should stand against it.

Mothers in-law to the wives do this a lot. They want to know everything happening in their son’s home. From when their son sleep with his wife, and to where she goes and what she does. They literally wants to direct every single thing by telling their sons how he should run the home. And you get to see a lot men too following mama’s order. They have no idea of their own. And how on earth will you tell your mother every single thing happening in your home.

Read Also  after a man cleaned Tema Gutters with his Susu Money, People have started dumping rubbish there again.

If a man is truly responsible and deserving to start a home, he will never allow his mother to have a say in his home no matter who the mother is.

Many beautiful marriages have been cut short because of the inability of the man to stand at the right time and say no to external forces trying to control the home.

The truth is, so many different things work for different homes and it is abnormal to people. But that’s not your problem. It is your duty to say, as long as this keeps my marriage happy and I am happy. I say no to every other person.

If you can do this, your marriage will be enviable.”