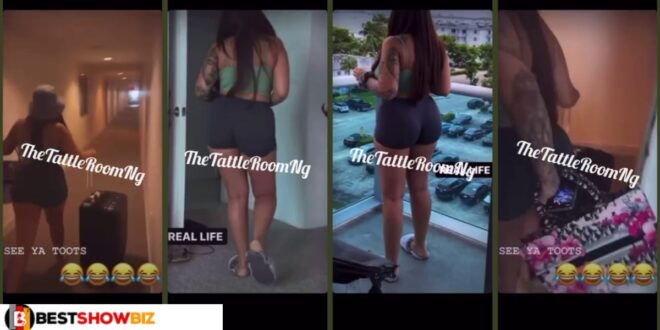 After getting to know each other on social media, a potential relationship between two people took a new turn when the lady flew to visit the man.

Because the man believes he has been duped, their affair ended before they even started talking about how they are doing.

The lady was asked to leave the room right away because she has a smaller backside than she shows off on her Instagram page.

In an Instagram video, the man posted images of the lady and matched them to her physical attributes.

He did, however, have a physical altercation with the lady because he believes she has been duped.

In an attempt to defend herself, although admitting fault for deceiving him on social media, the lady stated that her backside still looks beautiful.

The man, who was dissatisfied with her explanation, gave her $400 and asked her to leave his room.