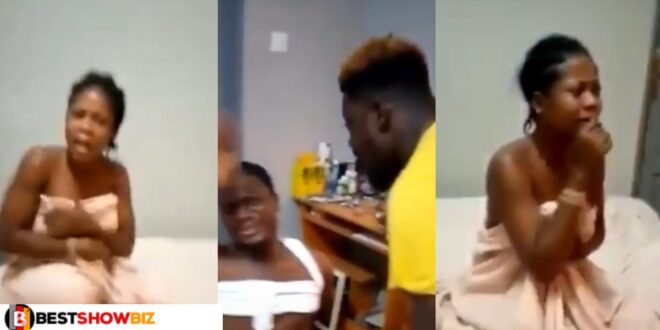 @AkwariCharles has described how he ejected a friend from his home after he released him after sleeping with his girlfriend.

In his explanation, he stated that his friend Chima was not a student at Uniport because his admissions were not genuine and that he was therefore looking for a way to gain admission to the school.

He went on to say that he was not cool with it and that he told his friend to stop, but that he didn’t, and that he once went to a place for lectures and returned late.

Akwari Charles noted that when he returned, he found them on his bed again, having consumed all of the food in the house, and he became enraged.

He stressed that he did not say anything but was angry after soaking garri in salt and being unable to sleep, but that his friend and girl mistook him for sleeping and chopped themselves, later releasing on him.

below is the full story;