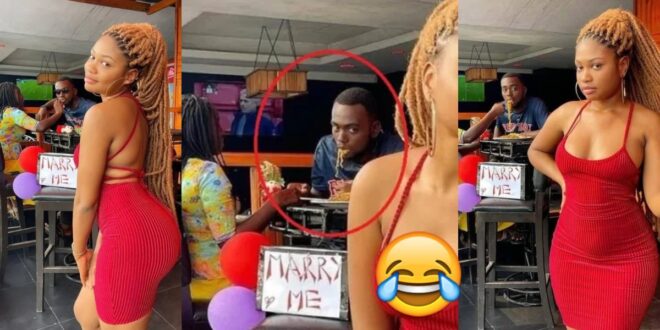 Since pictures of him leaked on social media, a man who seemed to lament his choice of wife has been circulated.

The anonymous man arranged a surprise proposal with the lady of his dreams in a diner.

All appeared to be going according to schedule before a yellow bone tried to take Instagram pictures right in front of the couple.

The man couldn’t take his gaze away from the lovely lady in front of him.

In one of the images, the guy can be seen trying to digest food that his oblivious wife was spoon-feeding him. We can only speculate as to what was going on in his head. Though appearances can be deceiving, it is the heart that counts.