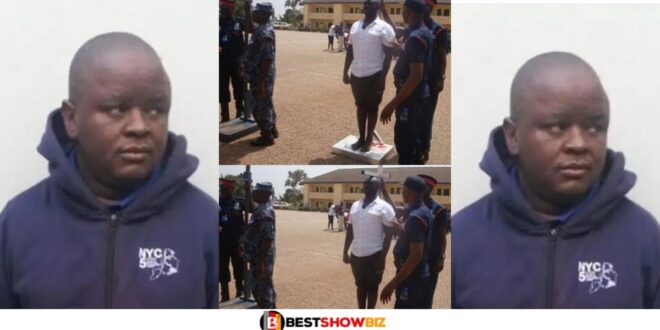 After seven years of being on the run, a wanted felon was eventually apprehended after walking freely into a police station to check on his job application.

A 40-year-old South African man named Thomas Ngcobo, who was working as a delivery guy in 2015, reportedly stole hardware items worth more than $1,200. They have reportedly been missing for years.

He allegedly sent deliveries to other addresses without the owner’s knowledge or approval.

His manager filed a formal police report after noticing that several invoices were missing and numerous items had been delivered to the wrong locations. Since then, his name has been added to the police wanted list.

Then, oddly, on August 15, Ngcobo boldly strolled to the police station to follow up on a job application because he claimed it had been a while since he had submitted it, as if he had no case there.

Brigadier Selvy Mohlala, a spokesman for the Mpumalanga police, said that his police station colleagues were shocked when they saw the suspect.

“The suspect was unexpectedly nabbed on Monday, August 15, 2022, after he visited the Bethal SAPS to make enquiries about his application for a police recruitment drive,” Mohlala is quoted to have said.

Even though the police didn’t even try to catch Ngcobo, they have been bragging about it.

“We are working tirelessly day and night, sticking to our mandate of creating a safe environment for all citizens.

“We cannot achieve that stage while other suspects are still roaming the streets and terrorising communities. It is just a matter of time before we bring them to justice.”