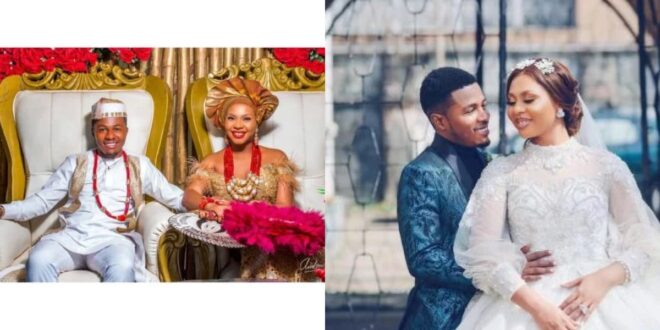 After several years, a happy man announces that he is married to his primary school class captain, who always writes his name in the list of noisemakers.

Many friendships and loves formed in primary school do not last until marriage, but a young man has clung to his childhood classmate from primary school and is now married to her.

Remember that as class captain, she would have the power to either protect him from discipline or to place him in the middle of it.

However, the young man has admitted that she adds his name to the list of noisemakers, and he was flogged as a result.

Here’s what he said:

In primary school, she was my class captain and used to put my name on the list of noisemakers, but we are now happily married.”

He went on to say that

“She brought a very wonderful man out of spiff. Marry your friend. My pride, you are such a blessing.”

More pictures of the lovely pair can be found here.