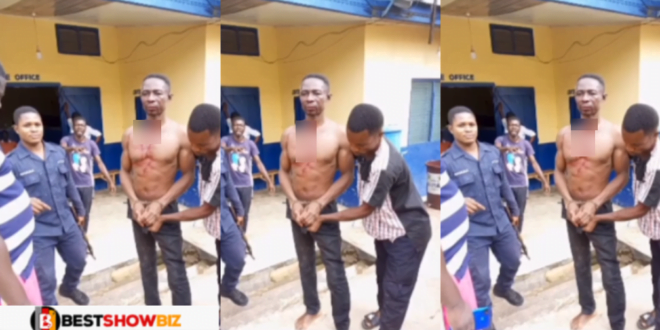 Man k!lls his friend After having a dream that he was having sexual relations with his wife.

Adusei Kojo, 45, is said to have murdered his friend after having a dream that his friend was having sex with his wife.

This strange incident occurred at Wawaase, in the Afigya Kwabre South district of Ghana’s Ashanti Region.

Kwesi Banahene, 48, was claimed to have been persuaded into a bush by his friend (the killer), who then stabbed him several times all over his body.

The body of the deceased was discovered in the bush after a search team was dispatched to seek for him after he went missing for several days.

According to reports, after killing his friend, the murderer went on to kill his own grandfather, claiming that his grandfather had removed his manhood and rendered him impotent.

Read Also  My boyfriend is addicted to sports betting, I'm afraid of our future - Lady cries out
Share