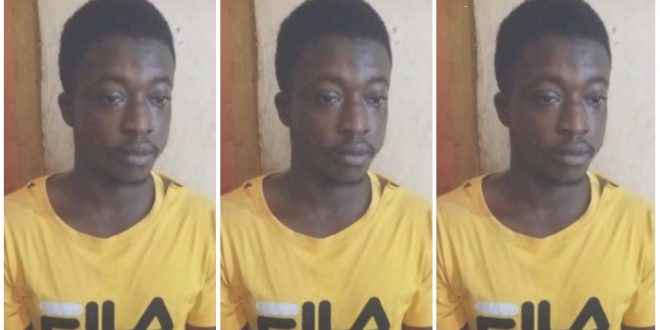 A 27-year-old man identified as Amponsah Derrick has been sentenced to seven years imprisonment by the Bekwai Circuit Court for defiling and biting the clitoris of a 15-year-old student.

According to Inspector Stephen Ofori who happens to be in charge of this case, on 15th, April 2020 around 11:00 am, the suspect called the victim on phone to go and help him with his laundry at home which the victim refused.

The culprit then convinced the girl to follow him as to his house then asked her to enter the room of which she refused. Derrick Amponsah then dragged the victim to his room and forced himself on her leaving her with wounds in her genital.

Derrick Amponsah was arrested and was arraigned for court and pleaded guilty of two counts of assault and defilement.