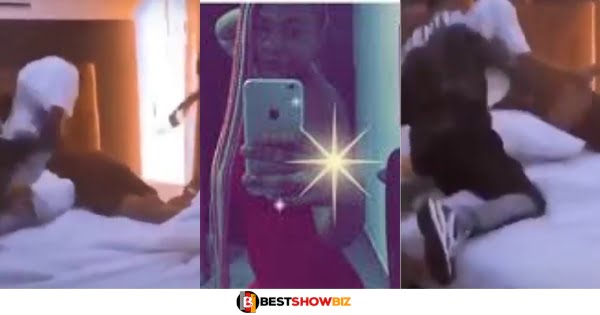 A video depicts a man berating his fiancée, for whom he purchased an iPhone for yet she cheated on him.

In light of the investments he made in their relationship, he feels betrayed by the woman, according to him.

When he learned that the woman had engaged in sexual activity with another man, he was so enraged that he teamed up with his friends to flog her.

He asked that a friend should record the entire discussion. They bound the woman to the bed and used what seemed to be belts to flog her.

The more she shouted, the more severe the beating became. According to the man, that was the only way he could repay her for her infidelity.