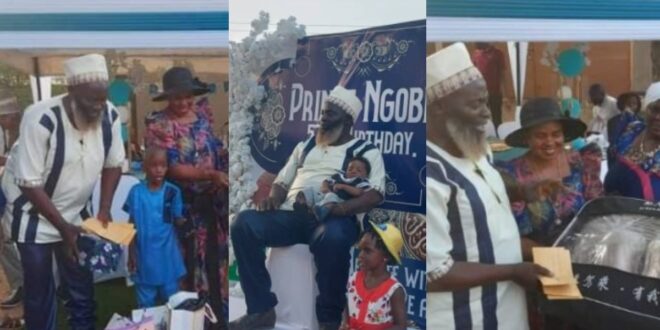 After his five wives held a surprise party to mark his 57th birthday, Hajji Mohammad Ngobi, a Ugandan businessman, could not contain his emotions and let it all out in tears.

His wives were thankful that his unconditional love for them had ensured a peaceful and prosperous life for almost three decades.

Last week, the party was held at the home of the eldest wife, Namatende, in Iganga town’s Nabidongha district.

Hajji Ngobi thanked his wives and family for appreciating his decades of service, saying he had not imagined the party thrown in his honor.