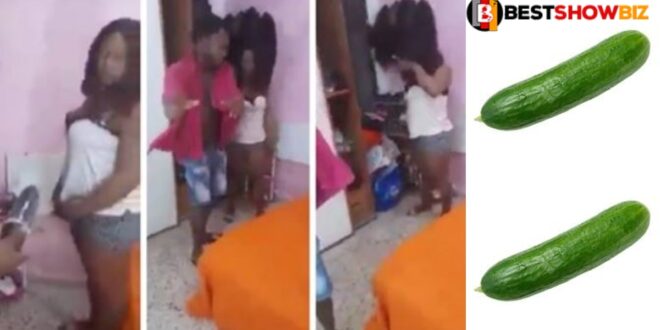 A man discovered his girlfriend possessing cucumber into a condom.

When he asked her about it, she said it was a personal fruit she planned to eat later.

The guy then inquired as to why the cucumber was wrapped in a condom in her purse rather than in her fridge.

The woman who could not acquire answers to these questions remained there watching as the landlord of the place the boy rented for her threatened to evict her for her behavior.