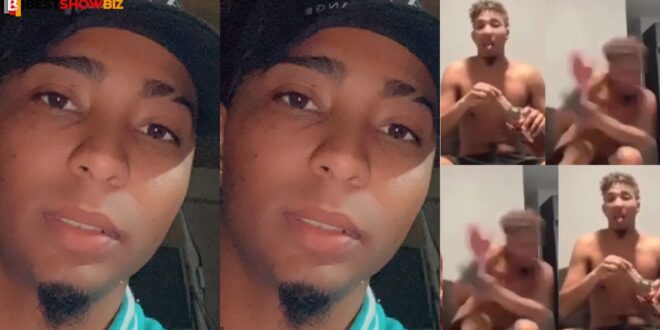 Man gets sh0t and k!lled whiles doing facebook live to his fans (video)

While he was streaming live on Facebook, a masked gunman barged into a young man’s home in Puerto Rico and shot him dead.

Julio César Castillo, 24, was singing and drinking in his living room when he live-streamed himself on Facebook at 7:13 p.m. on Monday. 9th of August During Facebook Live, a man shoots at him five times, as his Facebook friends watch helplessly.

A 17-year-old who was in the apartment at the time of the incident can be seen running into a room before being shot.

When the assailant approaches Castillo, he is seen crawling on the ground with gunshot wounds and continues to fire at him before departing.

Castillo was transported to the Puerto Rico Medical Center in San Juan on Tuesday, August 10, where he died at 7:05 a.m.

The 17-year-old victim was rushed to the hospital and is expected to make a full recovery.

The assassin was still on the loose as of Wednesday afternoon, August 11.

Check Out Video Below: