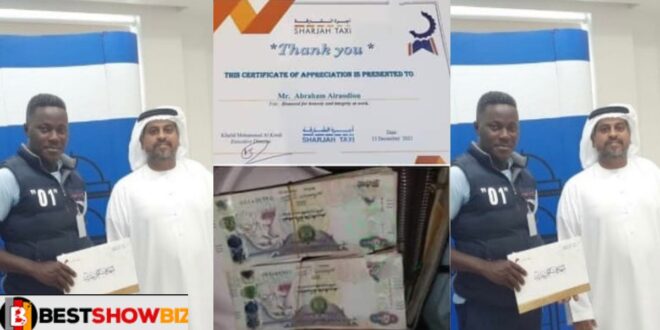 Abraham Airaodion, a young guy, was recognized for his integrity after returning Ghc162,925 that a passenger had forgotten in his taxi.

Though the exact date of the occurrence was not disclosed, @instablog9ja said that the man was honored by the Sharjah Taxi Cooperator.

Photos circulated on the internet depicted the moment Abraham received his diploma. Another picture was taken of the certificate he was handed, which had his name printed on it.

Many people had a lot to say about what he did after hearing the news. Some others wanted to know if he was compensated financially as well.

Some of the reactions are as follows:

“I’m proud of him. Money isn’t everything, integrity matters too.”

“Even if him no return am, if them go catch am them go still catch am Lol…So he did the best thing.”

“Ok oo Good Samaritan when u get home eat the certificate.”

“Lol. He’s fully aware that he can be traced.”

“Thanks for giving us a good name to some extent.” 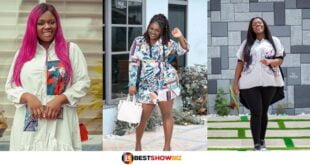 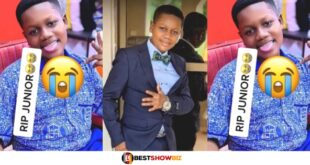