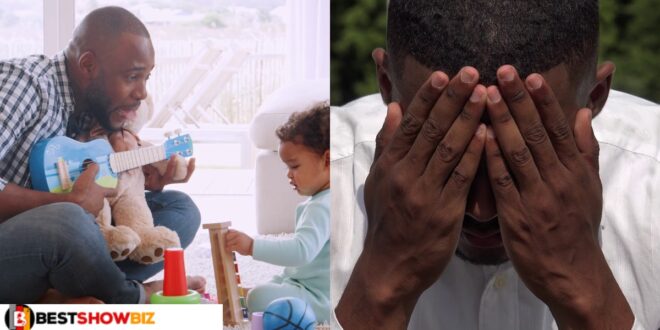 The problem of fatherhood fraud is becoming more serious by the day, as evidenced by the latest victim, an unfaithful man who was exposed by his wife, who ended up divorcing him as a result of the scandal.

After catching him cheating, the man’s wife abandoned him, leaving him with three children, none of whom are his.

Dr. Penking, a Nigerian doctor, took to the popular micro-blogging site, Twitter, to share his story of discovering that his children are not his biological kids.

A DNA test was conducted out of frustration, he explained, because the woman had left the man after discovering him cheating.

After the test, his fears were confirmed: his children were not his.

”In this week’s paternity fraud story, a man’s wife left him because she caught him cheating.

She left all 3 children for him and disappeared.

The youngest is just 6 months old.

The man did paternity test for them out of frustration only to realize that none belongs to him.”