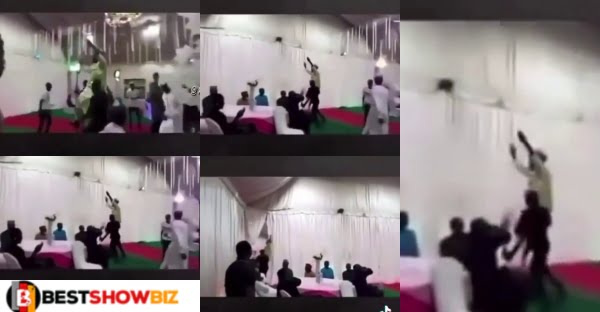 A guy raised a commotion during a wedding reception after discovering that the bride was his girlfriend.

According to accounts, the man was invited to a wedding by one of his friends, but he received the shock of his life when he arrived and saw the bride.

At the wedding celebration, the man who couldn’t hide his disappointment and wrath made a scene.

In a video released online, the sad guy was seen being lifted by one of the wedding reception’s security officers.

The man could be heard yelling as he was escorted out of the wedding celebration by a security guard.

The video was first posted on TikTok with the caption:

“He was invited to a wedding and came to meet his girlfriend as the BRIDE.”