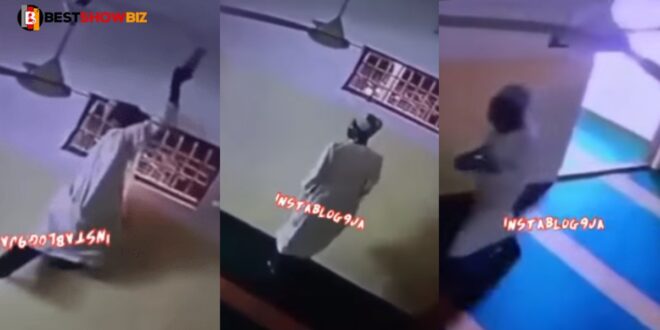 A video that has gone viral on social media shows a young Muslim man being caught on camera stealing a light bulb that was installed inside the mosque to give illumination.

The man, who believed he was alone in the building, was observed climbing the structure after making sure no one could see him, but he was caught by a hidden camera that was installed without anyone’s knowledge.

According to the video, the man was in desperate need of the bulb, which cost less than Gh10, and his only option was to take it so that his family would not go to bed in the dark.

Read Also  Nana Ama Mcbrown speaks on the Accident she was involved in with her husband.