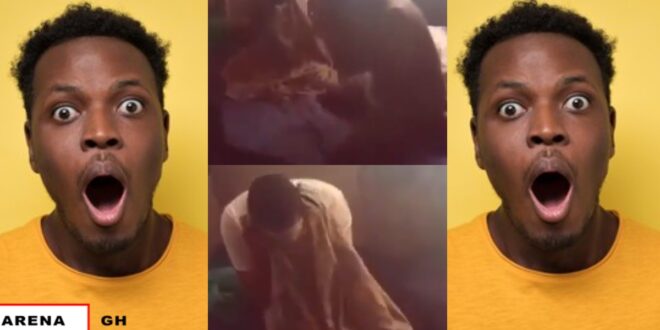 A video circulated on social media of a man catching his wife in bed with a prophet has been captured by bestshowbiz.com

The man admitted that his wife had told him she was going to a vigil when he caught her.

He returned, however, to give his wife money to buy food, despite her involvement with the prophet.

According to the guy, he provides his wife with all of the styles she desires in bed, so he was surprised when she did this to him.

He also told his wife and the prophet to remain in the same spot so that people could see them.

Read Also  Man Who Dressed Like A Lady To Extort Money From Guys, Caught and Stripped
Share