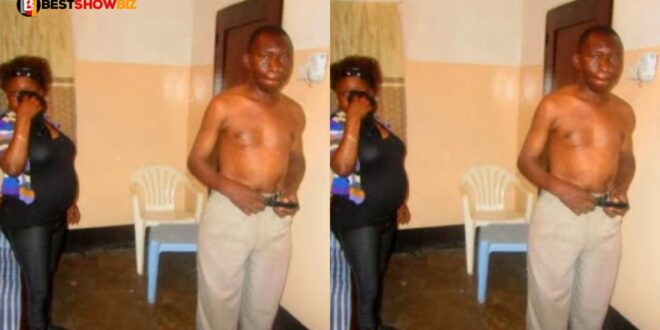 Mr Abaapale has caught his pregnant wife in bed with a family acquaintance.

According to sources close to Cityzen Vigilante, he has been living and working in Kumasi with a very close friend who was caught with his wife for fifteen (15) years.

They were both mechanics at Suame magazine and did virtually everything together until he met his wife.

His mother claimed since he was not dating anyone in Kumasi and was eager to settle down, she had someone in mind for him to marry.

He consented to his mother’s request and began calling the lady, now Mrs Abaapale, till he returned home to execute the marriage ceremony.

He returned to Kumasi and invited the lady to join him because he shared a room with his friend. Months later he had enough money to rent his own room in the neighborhood, and his wife joined him. After a few months, the wife became pregnant and gave birth to a son. Soon after, she became pregnant again.

Due to the closeness of the two guys, the friend and his wife became friends. Because the friend was still single, he invited him over to eat anything his wife made.

He soon became uneasy with his friend’s closeness to his wife, to the point where he could call her and speak for many minutes.

He started hearing tales about a wife-friend sexual interaction. He ignored because he felt he was becoming envious.

His wife was pregnant and his friend was cuddling on their matrimonial bed when he returned home from work on Wednesday, July 21, 2020.