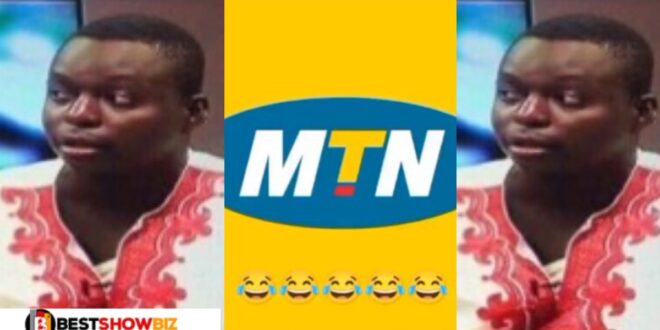 Moses Dry Bone called MTN Call Centre to find out if the woman who left the voicemail message had been fired or resigned.

In a recorded phone call with one of the attendants, Moses stated that a friend had informed him that the voice that normally says, “you have no call credit in your account,” had resigned.

He wanted to confirm the information and also find out if MTN was rewarding customers after firing the woman, according to him.

While the call attendant tried to explain that the voice he hears whenever he dialed a number was a prerecorded voicemail, Moses Dry Bone was not convinced.

He insisted that information he received from a friend that Jessica Opare Saforo, the woman behind the voicemails, had been sacked was correct. He had assumed that whenever he called, a woman on the other end would answer and say things like “you have no call credit in your account” or “the MTN line you are calling is currently switched off,” among other things.

As a result of hearing that the woman had been fired, he assumed that there would be no one on the other end of the phone call to provide him with additional INFO, implying that MTN customers could make free calls.

It was a never-ending back-and-forth between the call attendant, who did her best to explain issues to a very opinionated Moses Dry Bone.

Moses Dry Bone, for your information, is the President of the Ghana Drunkards Association.

More information can be found by listening to the conversation below.