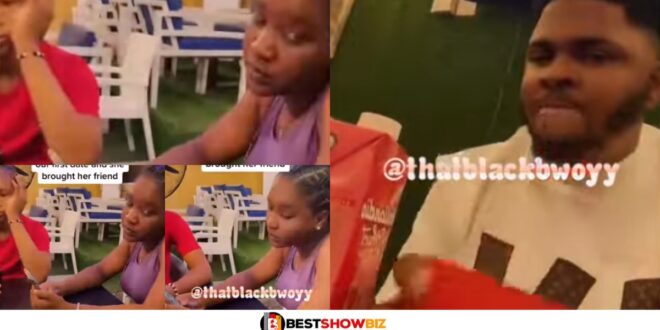 A Nigerian man described how he handled a woman who decided to bring her buddy along on their first date.

As soon as he saw that the woman was being followed by her friend, he got angry. As a result, he ordered food just for himself and left his date and her friend to do whatever they wanted.

In a video he posted online, the guy ate noodles and turkey in front of the two women, but he didn’t order anything for them.

The two ladies, who were most likely taken aback by the guy’s behavior, resorted to toying with their mobile phones and remained in place while the drama that was being staged by the guy played out.