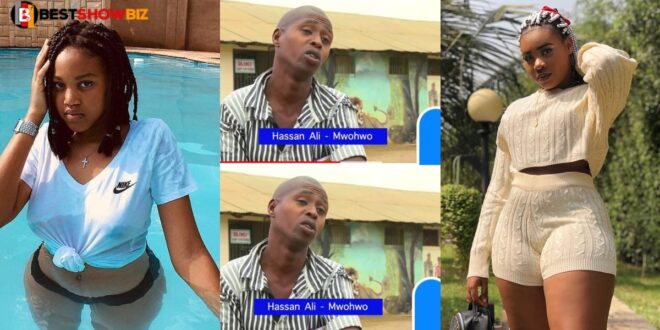 Hassan Ali was a millionaire at the age of 24 and owned and drove a luxury, Prado. He had also purchased an 800K automobile for his fiancée at the time, and he was generally living the high life.

He began his career as a car salesman, where he met a client who introduced him to the ‘wash wash’ company after purchasing a pick-up truck from him. This is a criminal enterprise in which criminals create counterfeit money.

He reveals how they used money White paper to send counterfeit money that looked real enough to untrained eyes in this video on social media.

‘The previous time we did it, we made roughly 36 million shillings worth of fake Kenyan money with 7 other people.’ My portion was worth 7.5 million dollars, but this was the start of my prison sentence.’ Hassan admitted it.

This is due to the fact that he shot and killed a man who he believed would report his illicit enterprise to the police station. He was finally imprisoned as a result of this. He was condemned to only 12 years in prison after admitting to using monetary bribes to reduce the case to a manslaying.

He pledged that he is reformed and that he will never return to a life of crime with less than two years left on his sentence.