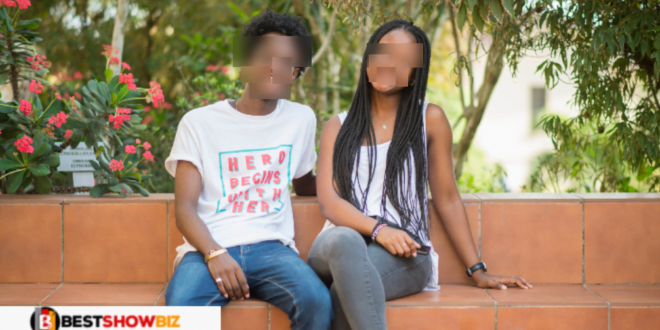 Man blesses his children after catching them ‘chopping’ themselves

A Nigerian man shocked the internet community when he revealed that he was flattered when he discovered that his two children were deeply involved in adultery, and he decided to bless them.

The man who made this information public on the internet revealed that his son and daughter have been having sexual relations for quite some time, but that the children are completely unaware that he and his wife have discovered the truth about their relationship.

In his own words, he and his wife talked about the development several months ago, and after remaining silent while enjoying seeing their children together, they decided to inform their children that they are aware of their unhealthy relationship.

Read Also  Wendy Shay has put on a free show for Ghanaians in her new photos to prove that she is beautiful and curvy.

The two lovebirds have been using birth control methods, according to the excited father, and they have never been with anyone else except each other since.