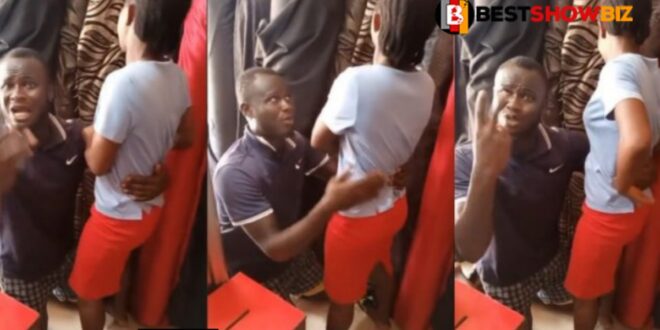 In an online video, a man is seen pleading with a woman to accept his love after two years of proposing to her.

The man has made repeated attempts to capture the lady’s heart, but she appears to be uninterested and continues to reject his proposals.

In public, the young man was observed kneeling down and pleading her. The gentleman stated that he had been proposing to Naomi for the past two years.

He did, however, take it to the public, only to be denied once more. Unsure what to do, the young man began asking everybody around him to assist him in begging for Naomi.