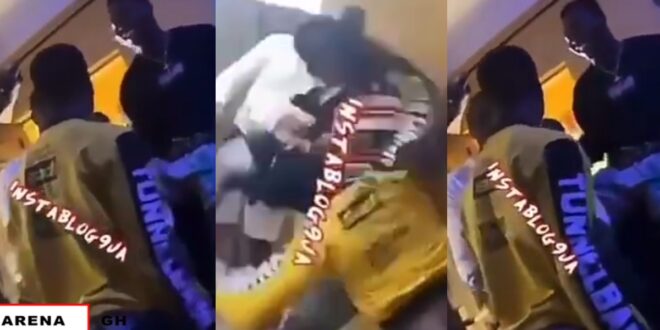 A video of two guys exchanging heavy blows over a lady has surfaced on the internet.

The man in the yellow shirt is seen in the video chopping his friend’s girlfriend behind her back and then acting like a giant when they caught the two in the act.

According to sources, the disgruntled boyfriend, who could no longer bear the pain, confronted his friend for stabbing him in the back, resulting in a fight.

It started out as a verbal exchange, but the pained man threw the first blow, and the rest is an eyesore.