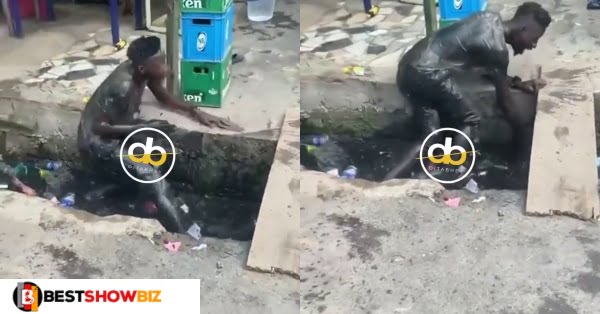 Considering the video that is currently going viral, the velocity at which illicit drugs are sweeping the youth into discomfort and serious insanity is highly concerning.

The video, which has received a lot of attention on social media, reveals the moment a young man loses his mind and drowns himself in a filthy gutter as he tries to escape.

Onlookers stood and observed as he struggled with his life in the filth, reluctant to approach close to him owing to the seriousness of his acts, which could result in one injuring oneself.

In an attempt to free himself, he smacked his head on the concrete and a piece of wood that was lying across the gutter.