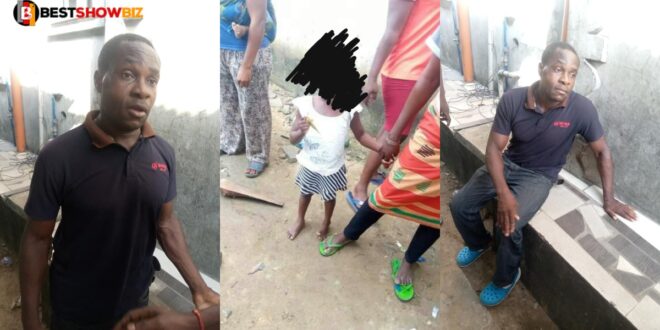 A middle-aged man has been detained on suspicion of sexually abusing his neighbor’s young daughter on Ejekwu street in the Wike Rumuepirikom district of Port Harcourt, the Rivers state capital.

The event occurred on Thursday, September 16, according to Amb. Samuel Hope Ezemuri.

He was accused of luring the child away from other children in the compound with chocolates. However, a neighbor who claims she saw him reportedly bringing her to his room raised an alarm, drawing the attention of the girl’s mother and other neighbors.

They dashed into the suspect’s room and discovered him naked with the little girl he had undressed.

The infant was saved, and the suspect was apprehended and turned over to the Rumuepirikom Police Division.