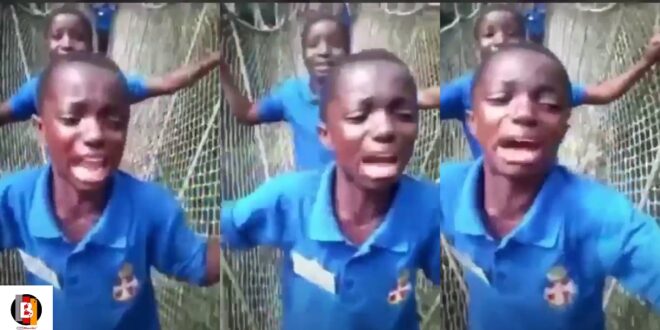 A student who went on an expedition to Kakum National Park against his mother’s wishes to stay home found himself weeping and regretting his decision when he attempted crossing the walkway.

The unnamed pupil could be seen wailing and giving his final goodbyes as he seemed to believe that this day would be his last.

Other terrified students who were behind this boy were also crying but it was difficult to hear them due to the loud cry of this boy – Apparently, the other students got terrified because of his loud cry.

in a moment that could be described as both sad and hilarious, His coordinator, who was unable to hold back his laughter, could be heard laughing at the schoolboy.