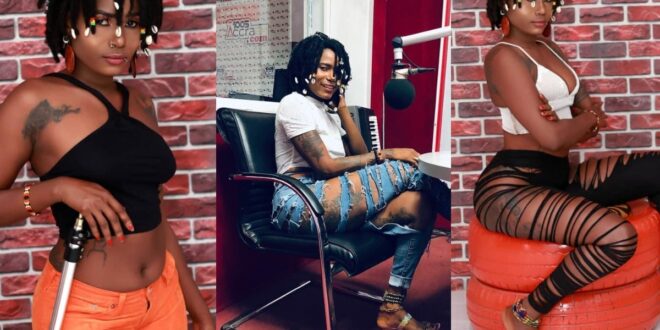 Afrobeat singer Lawrencia Abena Lamptey, better known by her stage name Labena, recently revealed that she has both male and female sex organs.

The host of the Oman Channel Show challenged the musician to put her “stuff” on view, to which Lawrencia responded that if he gave her 500 GHC, she would reveal her “thing” to him.

The afrobeat singer, on the other hand, did not reveal anything to them as they went on their way and had a good interview.

Labena is an afrobeat and dancehall artist who has recorded two singles so far. Her first single, which features hiphop artist Nii Funny, was released in 2020.