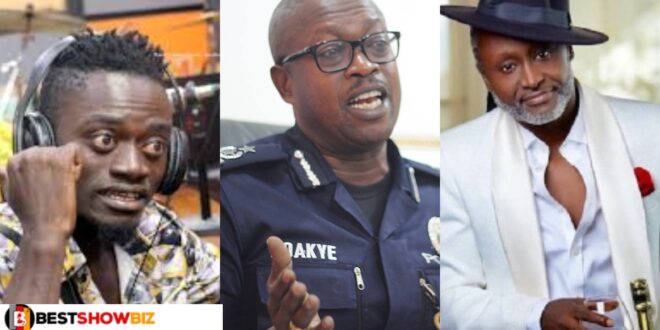 Ghanaians have been schooled by the Commissioner of Police, Kofi Boakye, on what it means to be referred to as a celebrity and the types of persons who qualify to be labeled such.

Following the IGP’s meeting with a select group of entertainers, musicians, and other so-called celebrities, COP Kofi Boakye has stated that persons who believe they are celebrities must relinquish their sense of entitlement.

He argued that Ghanaians are perplexed as to why someone who appears in a film, directs a film, or appears on television should be referred to as a celebrity.

Read Also  Another Man Down: Legon Boy collapsed after his girlfriend gave him a broken heart

According to Kofi Boakye, a celebrity is someone who uses his or her position of influence and authority to make a positive difference in the world.

So, what exactly is a celebrity?

“Who is a Celebrity? What is the operational definition of the word celebrity? I think we should get that because I am confused. We are confused. Is it that when you appear in one film, or you do one song, you qualify to be called a celebrity or what? And because we are confused, we do not know what you want.”

“I want to say that the sense of entitlement by celebrities is becoming overwhelming. And I just don’t get it. Some of the things you do are disgusting truth be told…If you want privileges, what privileges do you want? That you could pull a weapon anytime and nothing would be done to you. That is not possible, we cannot do that”