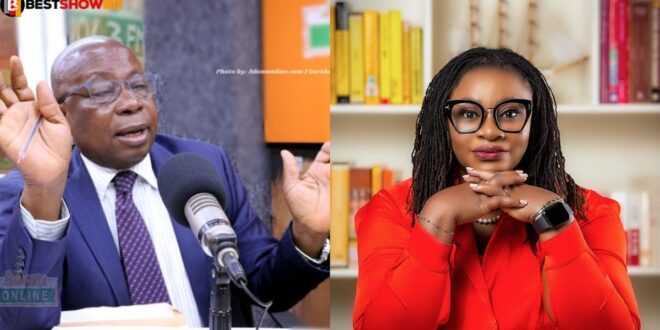 Madam Charlotte Osei, the former head of the Electoral Commission, has responded quietly to social media calls for Health Minister Kwaku Agyeman-Manu to resign or be fired.

Before contracting with the private office of one Emirati Sheikh, H.H Sheikh Ahmed Dalmook Al Maktoum, for 3.4 million doses of Sputnik V at a unit cost of $19, the Health Minister stated that he did not do appropriate due diligence.

As a result, Charlotte Osei has reacted to Kwaku Agyeman-adversary Manu’s by tweeting that karma may be dealing with him and the NPP government.

Since she was fired for allegedly breaking a contract, Kwaku Agyeman-Manu has found himself in a similar situation, prompting Ghanaians to demand his dismissal.

Because the turn of events in the camp of the Health Minister and the NPP administration is moving so quickly, Charlotte Osei begged Karma to cool down a little.