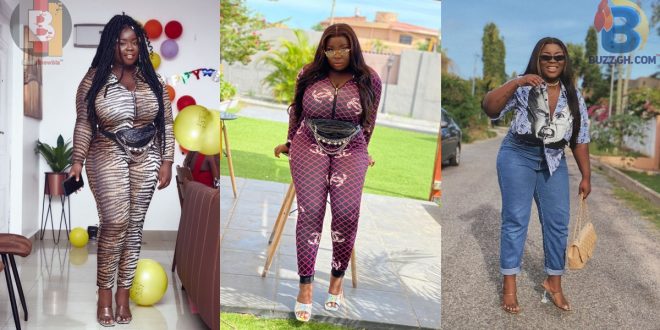 Maame Serwaa Finally Reveals How She Got Her Massive B00bs – Video

it could be recalled that Maame Serwaa has been in the news for some time now after she continuously shared photos of her heavy boobs.

people wondered how the actress got such massive heavy boobs so soon as she has finally disclosed.

Serwaa on Kwaku Manu’s ‘Aggressive Show’ disclosed that her heavy boobs are natural.

according to the actress, heavy boobs are a family thing hence she inherited it from the family that is genetics.

she further stated that most of her siblings and cousins are endowed with such massive b00bz and she is not the only one with that in the family.