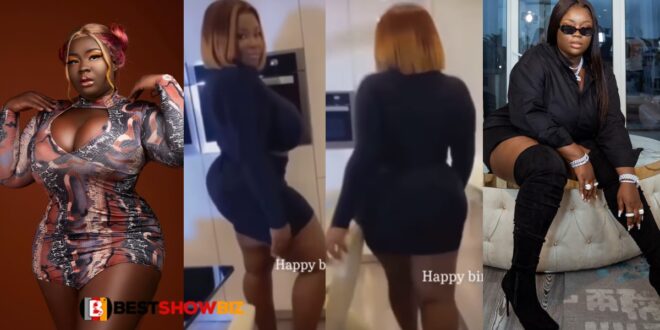 As we reported, earlier, the actress first graced her day with hot and beautiful photos of herself. Since that wasn’t enough, Maame Serwaa dropped another video to mark her birthday as she flaunts her beauty and goodies.

The famous actress appears in the film wearing various outfits at various periods, showcasing her attractiveness.

The actress was dressed in a green top with a bag dangling in front of her in the first.

Serwaa was in another face, wearing a black bodycon and executing a 360 spin.

She was wearing an ash-colored jumpsuit while taking a picture for another shoot.