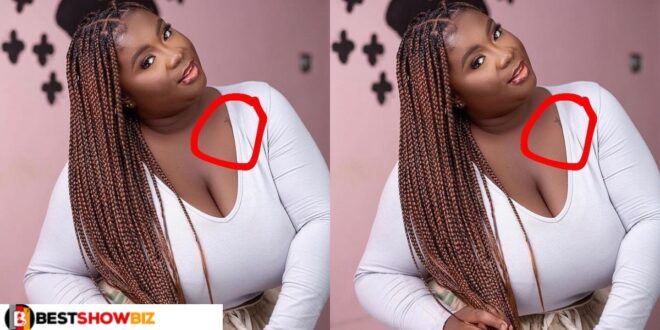 Maame Serwaa, a Kumawood actress who was once thought to be holy and devout, has shocked many Ghanaians after pictures of her new tattoo surfaced on the internet.

Despite her best efforts, Maame Serwaa’s new tattoo can be seen in a photo of her that has surfaced on the internet.

If you look closely at the tattoo, it appears to be a cross, but others have argued that it isn’t.

Many critics believe Yaa Jackson has taken her under her wing and is teaching her the ways of the dark.

see her photo below;