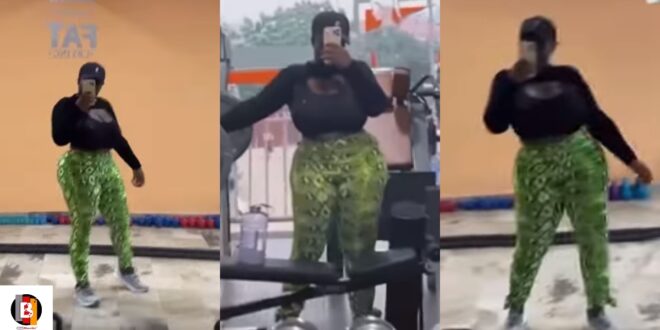 Maame Serwaa, a Ghanaian actress, reveals the secret to her new curvy body.

The secret behind Maame Serwaa’s gorgeous and bangin’ body has been subtly revealed in a new video made available to our publication.

The actress, who is known for her exceptional acting skills, has popped up once again after going off the screens for a while now as she pursued her education at the tertiary level.

In a video she posted on Instagram, the actress revealed her secrets without ever saying a word. According to the video, her secret to her curvy body is going to the gym.

She appeared curvy in the video as she worked her ass out to achieve the Coca-Cola body form.

see the video below:

ABOUT AUTHOR
Eugene Nyarko is an entertainment and showbiz pundit, writer and freelance blogger. He is passionate about what he does and has help increase the value of entertainment contents online. Eugene is also a Java programmer, you can contact him via Email- nyarkoeugene8[email protected]