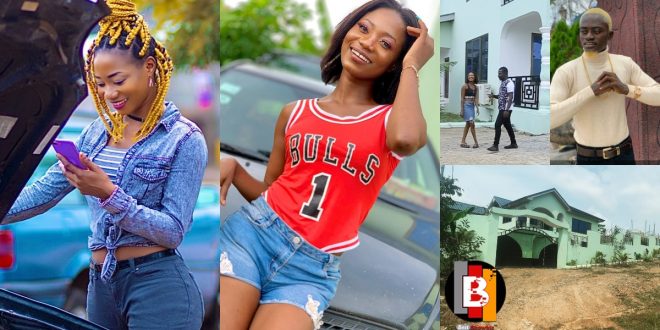 Popular Takoradi-based actress and comedian, Maame Esi Forson has become the latest addition to the many actors who have tagged Lilwin as being arrogant and disrespectful.

According to the 23-year-old actress, who is noted for boasting of wealth in almost every interview, Nkwadwi Nkansah Lilwin invited her to join the cast for his latest series dubbed Cocoa Season but things did not turn out as she expected.

Maame Esi who was speaking in an interview on the uncut show revealed that the way the comic actor – whom she called her senior in the industry – talked to her was very disrespectful and it left her with no other option but to decline his offer.

The Takoradi-based actress emphatically boasted once again that when it comes to properties and businesses, she is richer than Lilwin but it is rather unfortunate that the actor is disrespectful.

Maame Esi Forson detailed her encounter with Lilwin while flaunting the plush mansion she claimed she owns to back claims that she is indeed rich.

Talking about her mansion, the queen of comedy in Ghana said it’s a 6 bedrooms house; three on the top floor and three on the last floor and it’s worth about GH¢ 600,000. Eliminating doubt about the ownership of the plush house, the actress provided documents.

Maame Esi Forson has stared in many movies including the TV series titled “My Classmates” showing on Joy Prime TV – Before that, she enticed social media users with her short comedy skits on YouTube.