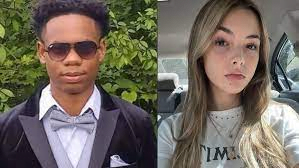 Lyric Woods and Devin Clark deaths, what happened to the teenagers

Lyric, 14, and Devin, 18, two friends from North Carolina, went missing together on Friday. The Orange County Sheriff’s Office published a report the same day, asking if anyone knew Lyric’s whereabouts but not Devin’s.

Lyric’s family claims that their daughter, who went to Cedar Ridge High School, was last seen there before she vanished. Devin had previously been seen leaving his Mebane home early on Friday. Devin graduated from Eastern Alamance High School.

Around 3 p.m., two people on four-wheelers discovered both teenagers dead. The authorities had not confirmed the rumor that a man who had not been identified picked up the couple before they died.

The North Carolina Medical Examiner’s Office is working to identify the deceased and determine the exact cause of death. Both people appeared to have been shot with a gun.

Read Also  Betty White grandchildren; how many did she have?

The situation is being monitored. The autopsy results have not yet been made public.

The murders of Lyric Woods and Devin Clark have been established. However, it is unknown who murdered them.

The loss of their children separates the two families. Lyric Woods’ mother, Jennifer Johnson Woods, confirmed her daughter’s death in a heartbroken social media message.
She wrote that we had lost our child, and that our nightmare had ended with broken hearts.

The deaths of Devin Clark and Lyric Woods were announced, leaving friends, family, and loved ones devastated and in mourning.

Funeral arrangements have not yet been made public, but it is clear that the family is in deep mourning. During this extremely difficult and heartbreaking time, we ask for your prayers, love, and support on behalf of the family.