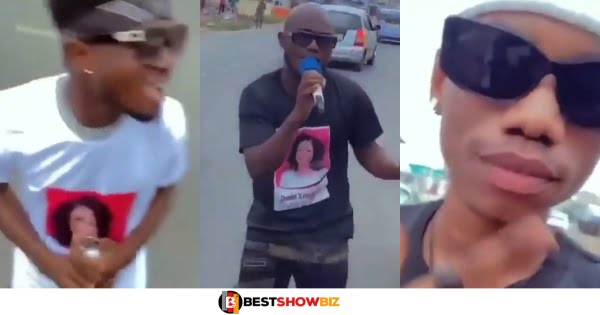 Low budget King Promise, Kidi, and Kuami Eugene, are generating quite a stir on social media

Our three impersonators aren’t just flexing because they look like famous musicians; they’ve taken advantage of the situation by singing their songs and attempting to profit from it.

Low-budget King Promise, Kidi, and Kuami Eugene are spotted on the street performing together in a video circulating on social media.

The three took over a major road to perform songs by their impersonators while cars passed by.

Even more perplexing are their appearances and attire. Each of them has his lookalike’s signature appearance on them.

Fans are reacting to the video on social media in droves.