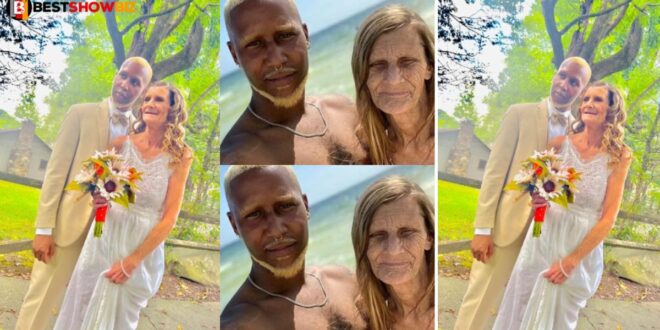 Remember how, on August 14, 2021, photographs and a video went viral, capturing the moment of a 24-year-old male and an elderly woman, 61, enjoying themselves?

It was revealed that the two were in a relationship and were engaged. The 61-year-old woman had fallen in love with a young man who was raised as her grandson by her son and his wife.

Quran McCain, 24, and his fiancée, Cheryl McGregor, 61, both of Rome, Georgia, announced their engagement on Instagram. Quran McCain is a student at the University of Georgia.

Despite the fact that the grandmother and her boyfriend met when he was just 15, he maintains that they did not develop love feelings for each other until last year (2020).

This was the moment McCain dropped down on one knee in a restaurant and asked Cheryl to be his wife, which the couple shared on social media.

Well, according to the latest information received in relation to this post, the two have defied the odds to tie the knot.

Cheryl McGregor and her young sweetheart, Quran McCain, exchanged vows on September 3 in a small ceremony in their home.

Photos of the moment have now flooded the internet; have a look at a few examples below.