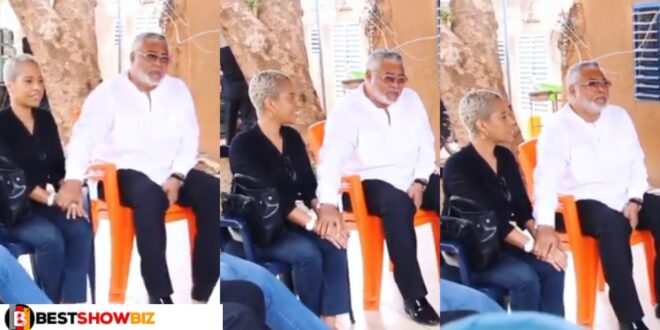 The late President’s Rawlings family conducted a tribute for him on Friday, November 12th, 2021, as we previously reported.

The event was held at the Holy Spirit Cathedral in Adabraka and had numerous top politicians in attendance.

While that serious event was taking place, Nathalie, his alledged sidechick resorted to social media to cause havoc.

She posted a video of herself with Rawlings, demonstrating that he couldn’t take his hands off her.

‘Love is stronger than death!’ she wrote in her caption, referring to times they spent together.

Instead of a purported sidechic, you’d assume she was the ex-presiident’s wife