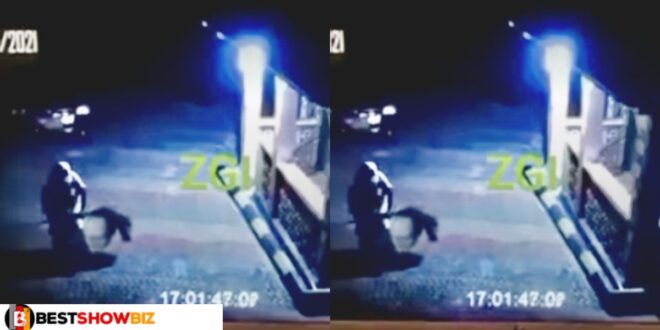 Living in this world without protection is dangerous: See how CCTV captured a witch doing rituals

A video that is quickly going viral on social media shows a witch being caught on camera while performing rituals in a house without realizing she was being recorded.

The video, which quickly went viral, depicted the moment when the witch appeared in the house with her broom and began performing rituals at the house’s compound.

According to reports, the tenants of the house kept hearing noises at night and decided to install a camera to help them figure out what was causing the noises, only to be met with such a surprise.