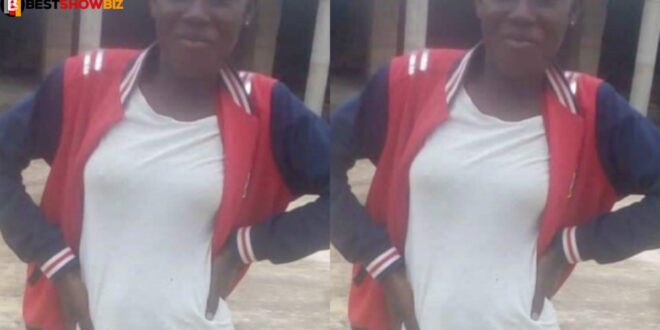 Linda, a 14 years old JHS student found dead with a su!cide note that blames her father

A 14-year-old girl was discovered dead on the side of the road in Besoro, near Kumawu in the Ashanti region.

The body was discovered alongside a bottle containing an unknown crimson liquid and a piece of paper with an inscription suggesting she may have killed herself, according to eyewitnesses.

In a letter to her father, she accused him of being the reason she committed suicide.

According to the deceased, her father forbade her from going outside in the evenings, and, as a result, she was unhappy in life.

In subsequent sections of the letter, she expressed her regret for killing herself and prayed for God to forgive her.

Read Also  Everything you need to know about Fatima of Date Rush, her real name, and details.

Meanwhile, investigators are looking into the circumstances surrounding her death.

Her body was taken to the Besoro morgue while police began their investigation.

Opanin Sefa Boakye, the deceased’s father, told the media that he believes his daughter was murdered.

Because of the injuries to her neck, he said his daughter struggled with her assailants.

He also stated that there was a crimson liquid in a bottle next to the body, as well as a piece of paper with an inscription.