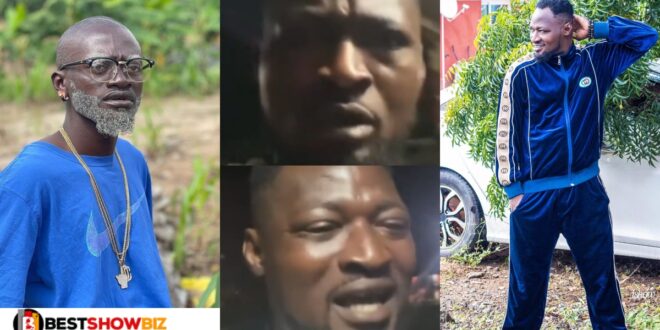 “Lil win took me to Juju, but he will not succeed”- Funny Face (video)

Despite his best efforts, Funny Face has been unable to resolve his conflict with Kwadwo Nkansah LilWin, Bismark The Joke, and Kalybos.

The comedian claims that he wants to put an end to his feud with them, but that first he wants to prove to them that he is a gangster by beating them.

In the opinion of Funny Face, the Kumawood actor is a criminal, and the entire Kumawood business is out to get him at this point.

Furthermore, he claims that when Kwadwo Nkansah LilWin led him to a spiritualist, the man informed him that he could worry him but that he couldn’t take his own life.

Funny Face then confessed that, indeed, LilWin has damaged his possessions, but that he is unable to stop him.