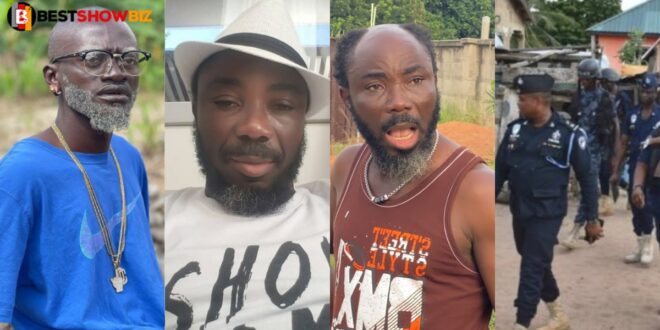 “Lil win has reported me to the Police, but I will not stop attacking him”- Big Akwess

Big Akwes is prepared to take Lilwin to the extreme. He has determined that he will never allow Lilwin to be at ease until he has finished with him in a way that has never been done before.

According to reports, this was said in a tape that was retrieved after Lilwin reported him to the police.

He adds in the video that the police summoned him to the police station after Lilwin filed a complaint and that he was required to appear before them.

Big Akwes revealed that the police informed him that Lilwin had reported him and that he should come and settle the problem with him.

The actor became enraged by this and stated that there is no problem to resolve; rather, he is determined to fight the comedy actor because he once told Top Kay to insult him, among other things.